Why we’re running it: To discover whether this sharply styled crossover is Toyota’s most appealing petrol-electric hybrid yet 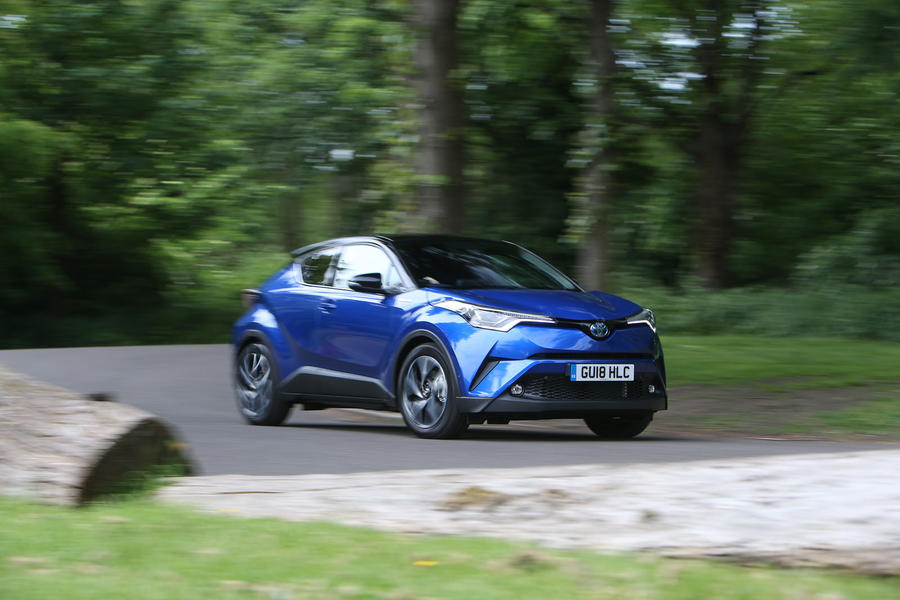 Life with a Toyota C-HR: Month 3

I thought I’d try to get an accurate handle on the C-HR’s fuel economy. You know what? I think it has left me even more confused than before as regards whether our hybrid Toyota is great or merely good at fuel sipping. Either that or my grade C in maths GCSE isn’t worth the paper it is written on.

I tried measuring consumption over a couple of brim-to-brim fuel runs but they returned quite different figures of 47.3mpg and 52.9mpg, despite both tanks of unleaded being expended over a similar mix of M3 motorway and urban roads. Perhaps it isn’t too surprising that a vehicle that is continually switching between two power sources can return such varied results.

The likelihood is that on some of the trips conducted during my tests, I would have been crawling along in heavy traffic on the M3 and using the electric motor more frequently, whereas on others I’d be zipping along at motorway speeds exclusively using the 1.8-litre petrol.

The possibility of very varied fuel economy was emphasised when I made an impulsive dash to the local takeaway very late one evening. On the outward 1.2-mile journey, the C-HR recorded 73.2mpg; on the return, just 56.9. No surprise that a) there’s a long downhill on the way to China Garden and b) I was famished and wanted to get home quickly.

What’s clear is that traffic conditions, road topography and driving style all contribute to getting the best out of the C-HR hybrid. Additionally, there’s still a degree of guesswork involved in the calculations, because it’s very difficult to gauge precisely how much fuel is left in the tank. I’ve usually been pumping in 33-36 litres. The C-HR hybrid has a 43-litre capacity, so when I see the low fuel warning light, there’s a reserve of about seven or eight litres. Which seems like quite a lot.

Incidentally, the 1.2-litre petrol C-HR has a 50-litre fuel tank because it doesn’t need to make space for the hybrid system. As I’ve mentioned in previous reports, I think it is possible to overthink the deployment of the hybrid system. The beauty of the parallel hybrid is that you can just let it do its own thing. 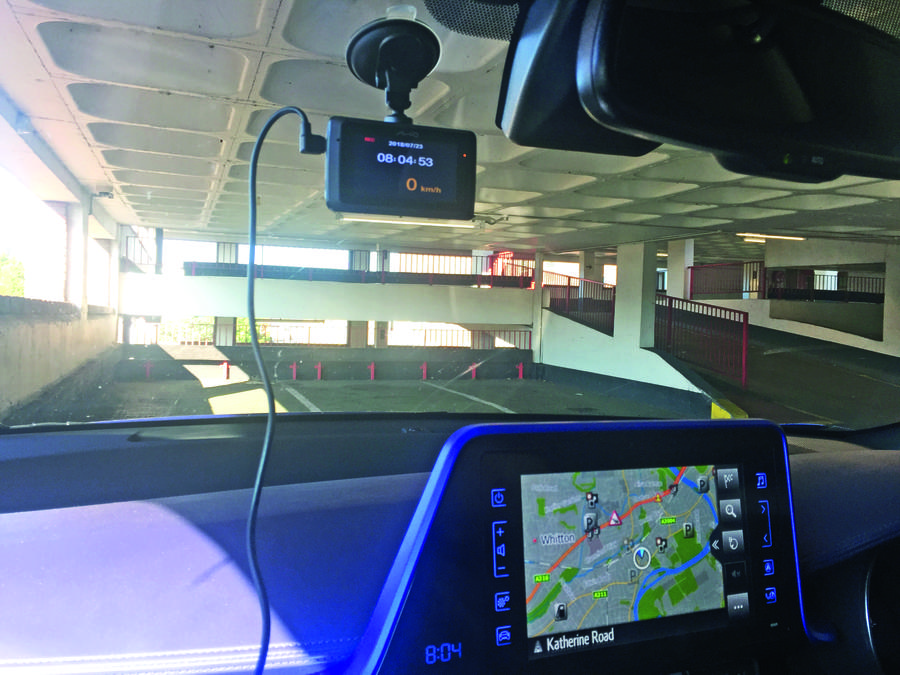 Since my last update, we’ve equipped our C-HR with a dashcam. Not too long ago, the numberplate of a car in my possession was cloned and I had to go through a tedious process of proving I wasn’t in the place where the cloned car was at a certain time and date. At the time, a dashcam would have provided clear evidence that I was in fact where I claimed to be.

The unit we have is a Mio MiVue 788 Connect, which retails for £179.99. It records in HD and has wi-fi and Bluetooth, so you can download recordings to your smartphone via an app. It also has GPS monitoring, which logs your location and speed. Installing it was a simple two minute job and it’s a compact unit with a 2.7in touchscreen. It draws power from the 12V charging point and begins recording automatically when you start the ignition.

In the C-HR, the 12V point is in the deep cubby between the front seats, so the dangling wire is less than ideal, but crucially it’s really easy to remove both the camera and the bracket from the windscreen – something I prefer to do whenever I’m parking in public areas.

Your reached the limit of ads. Please upgrade your plan.